A project to introduce an intelligent lighting control system has recently been completed in the Wujiang District of Suzhou, China. The NB-IoT platform used is designed to provide real-time operational control of the outdoor lighting network.

Thanks to the use of a low-power WAN network, this project has been included in the program for creating an eco-civilization implemented by the National Development and Reform Commission.

The functionality of the NB-IoT intelligent lighting control platform allows monitoring and dimming of individual luminaires, as well as automatically reporting malfunctions. After the introduction of the system, the energy saving indicator reached 68.4%, and the average illumination of the road increased by 30.4%.

The smart lighting project implemented in Suzhou has significantly improved the quality of road lighting, while maintaining a high level of energy efficiency.

Gulf States are currently leaders in implementing smart solutions in the Middle East. The most active smart city technologies are developing in the UAE and Saudi Arabia. A special place in the region`s urban infrastructure modernization projects is given to smart lighting.

As in other regions of the world, energy-efficient measures undertaken in this sector involve the replacement of obsolete lamps. The last major project to install LED lighting in the UAE is the replacement of 85,307 fixtures, carried out by the Dubai Electricity and Water Supply Authority (DEWA) as part of the modernization of the Jebel Ali Free Economic Zone.

The measures taken resulted in 32.6% energy savings during the first year and an annual reduction of carbon dioxide emissions of 17,000 tons. The completion of a further program including the modernization of 75% of Dubai’s outdoor lighting networks is expected by 2030. The introduction of smart city technologies continues In the UK. Leeds City Council (Yorkshire, England) is replacing obsolete street lights with LED ones as part of a project to modernize urban infrastructure. An update of 86,000 lighting devices is planned. The amount of investment will be 25.4 million pounds ($ 32 million). Work will begin in September and will last 4 years.

The use of LED lighting is expected to reduce energy consumption in the city by about 62%. Another result of the planned energy-efficient measures should be a reduction in carbon emissions and the achievement of an optimal level by 2030.

Additional investments in the amount of £ 5 million ($ 6.3 million) are aimed at organizing a remote lighting control system using the latest technologies as part of the smart city approach. The introduction of such a system will allow you to control the outdoor lighting network online, as well as integrate with other intelligent solutions, including CCTV cameras, vehicle monitoring, air quality and temperature sensors. This option for the development of Leeds smart city infrastructure is still being discussed.

The administration of the city of Dunedin (New Zealand) plans to modernize the outdoor lighting network. At the moment, the city is illuminated by 15,000 lanterns with HPS, whose service life is expiring. The project assumes the replacement of obsolete light sources with energy-saving LED. In addition, after the upgrade, a wireless control system will be connected to the Dunedin street lighting network. The expected duration of the work is from 18 to 24 months.

The implementation of energy-efficient measures will create a single network of intelligent lighting, providing control of illumination anywhere in the city. The possibility of automatic registration of faults will increase the efficiency of maintenance, which will also reduce the cost of operating lighting equipment. In addition, sensors that are used by digital smart city-based applications can later be installed on lamp posts.

The main participant of the project financing is the New Zealand Transportation Agency. It is noted that the modernization of lighting in Dunedin is consistent with the overall strategy for the development of urban infrastructure in the state, focused on creating a safe and cost-effective urban environment. Modern energy efficient lighting system is an important part of the infrastructure of a smart city. Since, the various sensors and other smart city-based applications install on the street lights when the outdoor lighting network upgrading. This approach is implemented during energy efficiency measures in many cities around the world.

In the US, for example, projects in San Jose and Chicago can be noted. In California, the project is aimed at the digital transformation of urban infrastructure, in which the modernization of street lighting occupies one of the key places. Currently, San Jose has 670 controllers and 550 LED lights, as well as about 100 Wi-Fi routers on lantern supports. Approximately the cost of work is $ 1 million.

A large-scale project in Chicago involves the installation of 140,000 intelligent street lamps, of which about 40,000 devices should be installed by August. The program covers the modernization of outdoor lighting in several large areas of the city.

Both projects should reduce electricity consumption and improve lighting efficiency. Also of particular importance is the further development of systems.

Another interesting project is being implemented in Germany. In the commune of Maxdorf tested new street lights, developed by researchers from the Karlsruhe Institute of Technology. Innovative technology has reduced energy consumption, with the existing level of savings, another 20%. Another important indicator of the effectiveness of the solution is the reduction of carbon dioxide emissions.

The presented projects demonstrate positive results of modernization of street lighting networks both for public needs and for the environment.

In the large port city of Aberdeen (Scotland) is being introduced a system of intelligent lighting using LoRaWAN technology. The deployment of the Internet of Things (IoT) will further develop the infrastructure of a smart city in Aberdeen.

At the first stage of modernization, the outdated, inefficient street lamps are replaced with energy-saving LED lamps. The next step is the organization of intelligent control of the outdoor lighting network. The management system is implemented as a cloud solution. Regulate the work of LED-lamps will be more than 3 thousand control devices.

The expected energy savings after the introduction of the smart lighting system should be more than 60%, and the use of IoT technologies will ensure the qualitative transformation of the digital infrastructure of Aberdeen. 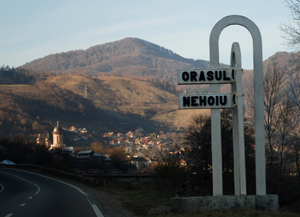 The outdoor lighting network is being modernized in the Romanian city of Nehoiu (Wallachia region). Energy efficient measures include the replacement of existing lamps with LEDs, as well as the implementation of an outdoor lighting control system.

Given the characteristics of the geographical location of the settlement, the project uses a combined management system. Thus, the solution allows data transfer using both the LoRaWAN technology and GSM channel.

It is assumed that the work will be completed by May of this year. The total number of control devices will be more than 1900. These activities should ensure that street lighting is fully manageable, improve its quality and increase the safety level in the night time.

Elysium City is planned to build In Spain by 2023. The project of smart city combines the functions of a tourist facility and a center for innovative technologies. Southwest Spain (the autonomous region of Extremadura) was selected for the project.

As noted by the developers, in addition to residential areas in the city there will be parks, sports facilities (including a football stadium), shopping and entertainment centers. The construction of a race track planned by 2028.

The innovative infrastructure of Elysium City must comply with the concept of sustainable development, which involves the use of renewable energy. In addition, the project includes smart solutions as intelligent street lighting, smart city transport, as well as free wireless Internet.

The project Smart Street Lighting NY is planned to be implemented in the state of New York (USA). According to the project, smart LED street lights will be installed in state municipalities. The amount of investment in the project could reach 7.5 million dollars, the funds will be directed to the installation of 500,000 lanterns. It is assumed that the project should be completed by 2025.

The pilot site will be Syracuse, where the Wi-Fi network will be deployed and 4G and 5G coverage will be expanded on the basis of energy-saving equipment.

Modernization of outdoor lighting has another important goal in addition to improving energy efficiency – reducing greenhouse gas emissions. In addition, according to announced plans, the state of New York will develop renewable energy sources in the next 10 years.

Russian Energy Week International Forum (REW) was held in Moscow on October 3-6. REW is one of the largest in terms of the number of participants in forums held in Russia on the fuel and energy sector, energy efficiency and international cooperation in the energy sector.

President of the Russian Federation Vladimir Putin spoke at a plenary meeting held on October 3 in the framework of the REW. In his speech, the president confirmed that Russia is one of the largest players in the global energy market. “It is extremely important for us to feel the trends of the global energy industry in order to effectively realize our competitive advantages and together with other countries to form a common energy space and a common energy future,” the president assured.

V. Putin also noted that by 2040 the world’s electricity consumption will double, and the demand for primary energy – oil, gas and coal – will increase by 30%. According to the president, “such trends open up opportunities for increasing exports of both electricity itself and its production technologies.”